I am writing this post because I refuse to go to a school that tolerates hate speech and I am not leaving.

Cornell’s administration acknowledges discrimination only in its most extreme forms: swastikas, nooses, and slurs. What message does this send? It means Cornell is all about image and appeasing the majority. The aforementioned forms of racism are so extreme Cornell is forced to speak out against them (and label them as hate speech). But when it comes to all other transgressions, Cornell shrugs and basically says, “Americans will be Americans.” Cornell ties their own hands with the first amendment and claims innocence.

As a result, they have left many students (myself included) feeling isolated, uncared for, and disposable. While I believe Cornell fails all minority groups, today I am focussing on racial minority groups.

I will begin by reporting on the incident that occurred, the student response, and the administrative response. And I will end with a personal reflection on the aforementioned events.

Two nights ago, someone (or a few people) painted the kiosks–a place typically used for announcing campus events–with hate speech that read: “Build a wall / build it tall”

The kiosks remained painted until around 11 or 12 when students stepped up to do the job no one else would. First painting them white and then painting a message of their own: “Wall or No Wall, We Stand Tall / Land of Immigrants.”

Throughout the day students have both called out the administration on social media, speculated what half-ass apology we’d received, and waited for something, anything, from the administration (which is standard procedure for discriminatory incidents).

Approximately 8 hours after that , we received an email from Cornell’s Administration. Specifically from John Harp (Vice President of Student Affairs) and apparently signed off by Schvalla R. Rivera (Assistant Dean of Students/Director of Intercultural Life). It reads as follows:

Like any English major, let me begin by examining the language.

Free speech can, at times, cause frustration, anxiety, and fear, especially among groups who have felt marginalized.

To be marginalized is to be social disadvantaged and relegated to the fringe of society.

I wake up marginalized every day. I watch my favorite television shows and no one looks like me. I pick up a comic, still no Latinas. I go to class and study British Literature, non-dramatic renaissance literature, and Shakespeare to prepare myself to teach students of color in Chicago.

I am learning to teach them about people who do not look like them either.

I student-taught high school seniors in Chicago and a few, with some of the highest marks, were undocumented. I return to campus: lucky to be a natural born U.S citizen and proud to be the daughter of an immigrant. Everyone is still white and they are telling me, “it must have been hard teaching seniors in Chicago.” It would’ve been easier with better government policies and enough funding to cover the dry erase markers. But I taught on the South Side of Chicago and  institutionalized racism/classism has already decided who these kids are going to be. It occurred to me that I’ve never had a Latino professor who wasn’t teaching me Spanish. And suddenly, I am both student-teacher and symbol.

Last block, I took Spanish 103. I purposefully selected the professor who looked like me and people asked me, “why does that even matter?”

So yesterday when I walked out of my residence hall to read “Build a wall/ make it tall.” I couldn’t help but think of all the walls that already exist.

So when the administration has the gall to tell me the words “Build a wall/ make it tall” may have caused distress because they made me feel marginalized, I realize there are a few possible explanations:

A) Cornell College  knows nothing about minority experiences.

B) Cornell College refuses to acknowledge minority experiences because they do not care enough to say anything (at the risk of calling out the white majority).

C) A little bit of both.

The message “build a wall / make it tall” was written in the middle of the night. It was anonymous. It was a message of hate because it’s a sentiment born from xenophobia and racism. On a political level, Cornell can’t stop people from voting for racist and xenophobic policies. But they can at least call a spade a spade. This message was completely unprovoked and random. There is literally no reason for its existence outside of being hateful, and for that reason it cannot be tolerated.

So when Cornell ends its email with:

When a message is considered offensive, the hope is that counter speech and civil discourse emerge to rebut it. The ultimate power is more speech, not less.

I can’t help by think of someone else who is passionate about free speech: 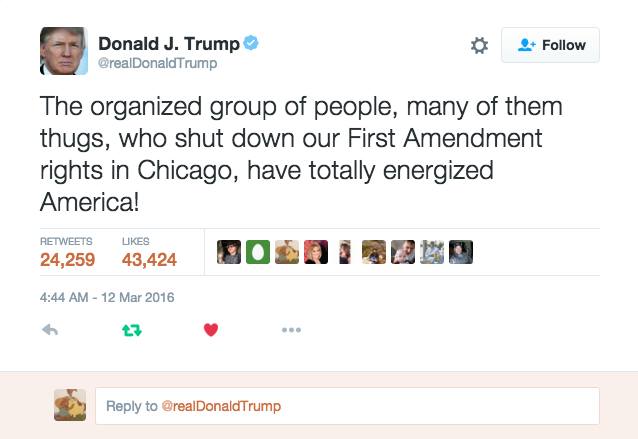 I know Cornell College cares about allowing space for the white majority to publicly undermine my existence. I know Cornell covers hate speech by “encouraging a conversation.”

Cornell College will let a hate message towards immigrants be written on a community space and then will turn around and brag about their population of international students.

“There are some borders you can’t cross by foot… And so [I] wonder if [my] family ever crossed the border or if [we] are just stuck inside another one…” (Denice Froham, Borders).

45 thoughts on ““In the spirit of community”: How Cornell College fails students of color”