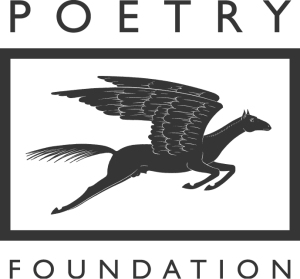 After a long time of acknowledging that podcasts are something I should get into, I finally downloaded the app. Currently, the only podcast I’m listening to is The Poetry Foundation’s Poetry Off The Shelf but I highly recommend it. The brevity of the episodes really accommodates my life style because they’re usually 8-15 minutes long (though occasionally 20+ minutes) and the longest commute I have is a 15 minute walk. So I can get to where I’m going and get to experience some poetry along the way.If you’ve never listened to poetry on your mobile device while walking, do it. Of course, there’s something really calming about stepping away from devices and into nature. But there’s also a beautiful harmony that can exist between the two. There’s something to be said for combining poetry with movement–it changes the way you experience both.

Poetry Off The Shelf

Each episode of is centered on a different topic (ex. love poems, poetry as play, poets in their youth, queer wedding poems, etc). Every episode the host, Curtis Fox, has different poets or writers on the show for a mini-interview; then we are given some context for the poem(s) we are about to hear. Afterwards, Curtis and his guest(s) discuss/analyze the text. All of which is centered on the topic/theme that’s being explored.Poetry Off The Shelf is as succinct as it is satisfying.

It was during one of my walks that I listened to the episode Two Poems Walk into a Bar, featuring Rosie Schaap—author of Drinking with Men: A Memoir—discussing her two favorite pastimes, poetry and drinking. I particularly enjoyed this one because it was both familiar and foreign to me. I love beer and poetry and, as a slam poet, I owe a lot to the bar/literature scene. Yet, I’m not at all familiar with bar culture and never really thought of it as a thing. Having just turned 21 in January, a week ago was the first time I ever sat at a bar (and the place still wasn’t “a bar” it just “had a bar”). The only bar I’ve ever been in was the sleazy, sweaty, crowded, underage rat holes that exist in NobodyCares, Iowa. Anyway, I’ve always associated bars with party-ers and budding alcoholics–never a “community.” But this episode of Poetry Off The Shelf made me rethink that and peaked my interest in reading Schaap’s memoir (yet another book added to my reading list).

She read a few poems selected from the Poetry Foundation’s archives that are related to bar culture: including a Shakespeare sonnet she would often recite at the bar, from memory, after a few drinks. And if that doesn’t make you fan girl then congratulations, you are not nearly as big of an English nerd as I am.

But, of all the poems she read, the following resonated with me the most:

Bar Napkin Sonnet #11
By Moira Egan
Things happen when you drink too much mescal.
One night, with not enough food in my belly,
he kept on buying.   I’m a girl who’ll fall
damn near in love with gratitude and, well, he
was hot and generous and so the least
that I could do was let him kiss me, hard
and soft and any way you want it, beast
and beauty, lime and salt—sweet Bacchus’ pards—
and when his friend showed up I felt so warm
and generous I let him kiss me too.
His buddy asked me if it was the worm
inside that makes me do the things I do.
I wasn’t sure which worm he meant, the one
I ate?   The one that eats at me alone?

That first line though… is there a better way to start a sonnet? Poetry is often described as “elevated language.” For this reason, one of my favorite elements of poetry is straight forward, un-embellished language because it hits hard when surrounded by lyricism or (in this case) our expectation of lyricism. Additionally, it’s rare to see a grammatically complete thought in a single line of a sonnet. Sonnets typically explore a topic or question and end with a resolution or answer. This one starts off resolved; it’s already over: “Things happen when you drink too much mescal.” Period (Line 1). Most sonnets are only a few sentences but this one opens with a sentence: no enjambment, no flowery language; it’s so matter-of-fact. Beginning the poem this way also caters to our expectations given the title: Bar Napkin Sonnet #11. We assume that Egan has probably had a few drinks: the stripped down language and how quickly she gets to her point mimics the lack of inhibitions and the “honesty” that comes with intoxication.This poem flows so naturally that when you listen to it on the podcast you’d never know it was a sonnet without the title: the rhyme scheme manages to have several concrete rhymes (ex. belly, he. least, beast. hard, pard) without sounding forced. Of course the poet likely spent a lot of time editing this as writing, especially  inside a structure,  is always a deliberate craft; yet, the poem reads as effortless and that’s one of the things I love about it.

So far I’ve spent a lot of time writing about how the poem’s mundane language makes it feel grounded in reality but that’s not to say that this sonnet isn’t highly poetic (i.e elevated language). This brings me to my favorite line(s): “beast / and beauty, lime and salt — sweet Bacchus’ pards—” (Lines 7-8). Like any successful enjambment, the technique here creates a dual meaning: “beast” addressing the man at the bar “any way you want it, beast” as well as just being an  item on the list of ways he may want  it: “beast / and beauty, lime and salt” (Line 7 & 8).

Furthermore, when poets choose to use a formal structure, such as the sonnet, we are reminded that it’s rooted in a long poetic tradition. We get this most clearly with the phrase “sweet Bacchus’ pards” an allusion to John Keats’s Ode to a Nightingale and his line: “Not charioted by Bacchus and his pards,” (Line 32). According to our analytical friends at genius.com: Bacchus, the god of wine, “was famous for consorting with leopards and other large cats (pards) […] This line emphasizes that Keats will use poetry instead of alcohol to achieve his aims” (via genius.com analysis).

Egan’s embrace of these Bacchus pards is isolated from the rest of the poem, seeming out of place for the time period and it is also physically isolated—sandwiched between two hyphens. When thought of in relation to the aforementioned Keats line, it suggests Egan is favoring alcohol over poetry to achieve one’s aims. This would explain its physical isolation; i’s as if Egan was following a train of thought and went too far: beast and beauty, lime and salt, “sweet Bacchus’ pards” but she is brought back to reality with a harsh enjambment:  “— / and” (Line 8-9).

A beautifully done poem, ending in a melancholy and intense reflection about the self-destruction that already exists inside of us:

His buddy asked me if it was the worm
inside that makes me do the things I do.
I wasn’t sure which worm he meant, the one
I ate?   The one that eats at me alone?